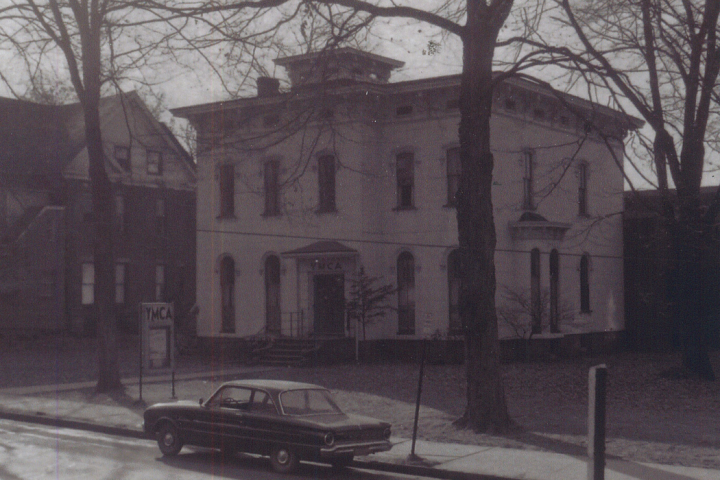 The Y is the leading nonprofit committed to strengthening community by connecting all people to their potential, purpose and each other.

Working locally, we focus on empowering young people, improving health and well-being, and inspiring action in and across communities. By bringing people together from different backgrounds, perspectives and generations, we ensure that we all have access to the opportunities, relationships and resources necessary to learn, grow and thrive.

Our Beginnings
The first evidence of the YMCA in Meadville is a report in The Crawford Journal announcing the first meeting of the YMCA on June 5, 1866, for the purpose of the election of officers.
The next news report announced that an application was made to the Court of Common Pleas for an act of Incorporation of the Young Men’s Christian Association dated November 23, 1866. The same article reported that the YMCA “has made arrangements for lectures every fortnight during the winter. The Rev. Richard Craighead, of this city, will lecture Dec. 6 – his subject ‘English Literature’;” other speakers listed include Rev. J.J. Marks, Rev. A. A. Livermore, Col. H. L. Richmond, Hon. S. P. Johnson, and Alfred Huidekoper, Esq. No admission fee was charged to these lectures, and they were open to all. The report went on to thank the YMCA on behalf of the lecture-going community “for the efforts they have made to furnish their share of literary entertainment.” Later it was reported that a reading room was established by the YMCA “in a new building erected on Chestnut Street ‘east of the canal.’”
YMCA Associations from 1866 to 1937 had no permanent home. Meetings were held in area churches, in the Board of Trade rooms in the building later known as the Lafayette Hotel, in a building at the corner of Park Avenue and Chestnut Street where the current J. C. Penney store was located. In a building where Penn Bank sat, the YMCA had a gymnasium, game rooms, and a reading room, and held classes in literature, music, mechanical drawing and Bible reading. After the turn of the century, the YMCA had rooms in the old library at the corner of Park Avenue and Center Street. Finally, in 1937, the YMCA of the City of Meadville purchased Coulter property at 356 Chestnut Street where it has remained.
Interestingly, the Young Men’s Christian Association was able to purchase its first real home with trust funds left for the purpose by three area women, Mrs. Emma O’Daniels, Mary N. Honeywell, and Carrie J. Smith. A pool and gymnasium were added to the Coulter house in the early 1940s, and in 1960 the old building was razed and the current YMCA facility erected on its site.
A copy of the Constitution of the Meadville YMCA dating from 1883 under Article 2. Membership, states that “Active membership of this Association shall consist of male members, in good standing, of Evangelical Churches, and they alone shall have the right to vote and hold office.” The By-Laws of the same period limit the age of “Active” members to 14 – 45 years; males over age 45 could opt for a Counseling membership. The Railway Branch of the Meadville YMCA in 1878 listed its Active membership at twenty-nine in number with fourteen Associate members. A report for this group from July through December of 1878 listed 3 Conversions and 1 Backslider Reclaimed, and noted “our Association have very pleasant room located on Market St. No 907, Second Floor; The spiritual condition of the most of our members is good.” Officers listed on the report are: President R. Graham, Vice-President A. B. Everts, Secretary & Treasurer O. M. Barnes.
In addition to the Railway Branch, an Allegheny College Branch also met and served the community along with the City YMCA, at times as separate organizations. In 1883, however, correspondence from A. L. Dunbar, Superintendent of the New York Pennsylvania & Ohio Railroad Company states that “The College, City and RR are all as one under the management of Mr. Wilmer Crow as Secretary.”
It seems that YMCA camping began in our area in cooperation with the Kiwanis Club at the Bousson Farm about 1927. Hi-Y Clubs were also started at about the same time, to further democratic leadership principals in young men.
Leadership Staff 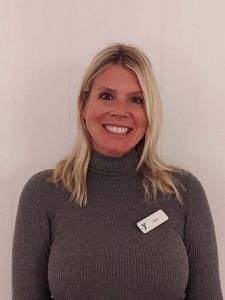 Carly is a Board Certified Behavior Analyst who received her undergraduate degree in psychology at Allegheny College and her master’s degree in counseling from Canisius College. Carly has previously worked in Behavioral Health Rehabilitative Services as a Behavioral Specialist Consultant and a Mobile Therapist. She has also worked in the Penncrest and City of Erie School districts providing individual and group counseling and behavioral intervention services.  Carly has 20 years of experience working alongside families for youth who have been diagnosed with ADHD, ODD, Anxiety disorder and Autism. Carly utilizes principals of Applied Behavior Analysis, Mindfulness Meditation and Cognitive Behavioral Therapy to help children reduce problem behavior by teaching strategies to improve communication, social functioning and emotional regulation.

Imagine going to work knowing that what you do each day positively affects the lives of the people in your community. Working at the Y, you’ll discover more than a job – you’ll enjoy the opportunity to make a lasting difference in the lives of those around you.

Please visit our Simply Hired Job Board for more information on all of our current full-time openings and to apply today. If you are interested in dropping off an application at our Downtown Branch, please download our Employment Application. Then bring the completed application, a copy of your resume and any references you might have to the front desk.

Please visit our Facebook Jobs Page for more information on all of our current part-time openings and to apply today. If you are interested in dropping off an application at our Downtown Branch, please download our Employment Application. Then bring the completed application, a copy of your resume and any references you might have to the front desk.

The life-changing work we do with children, teens, adults and families would not be possible without the support of people like you. The Y is a volunteer- founded, volunteer-led organization. When you volunteer at the Y, you take an active role in creating significant change right in your own neighborhood.

The Meadville Family YMCA has volunteer opportunities in all aspects of our programs and services. If you are interested in volunteering, please download and complete the Volunteer Application and return it to the Downtown Branch.

Please feel free to call or email us for more information on everything the Meadville Family YMCA has to offer.